Management of opioid use disorders

This courses on the management of Opioid Use Disorder (OUD) is covered under four major topics. While the first lesson gives a brief overview of Opioids, the subsequent three lessons discuss the opioid detoxification and Agonist as well as Antagonist maintenance treatment provided under the long-term pharmacological management of opioid use disorder. 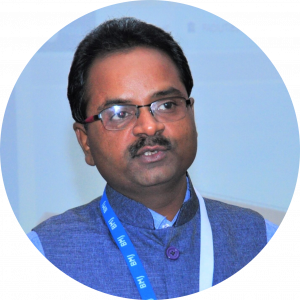 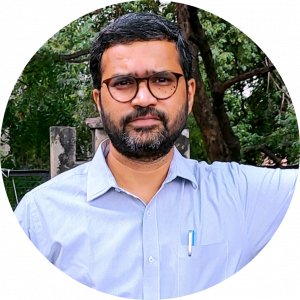 Get your doubts clarified from your experts

Can be accessed using Desktop / Laptop / Tablets even mobiles

Free of cost for now

Dr Ashwani Kumar Mishra is presently working as the Additional Professor of Biostatistics, National Drug Dependence Treatment Centre (NDDTC), All India Institute of Medical Sciences (AIIMS), New Delhi, India. His research domains are Biostatistics, Epidemiology, Research Methodology, Addiction Sciences. His field of interest are on quantitative aspects of survey methodology and regression techniques for understanding the determinants of drug dependence by various approaches such as genetic polymorphism, community based cross sectional surveys, Drug Abuse Monitoring System (DAMS) and psychometrics assessments. He has received several awards that includes World Bank Travel Grant (2007, 2014); Post Graduate Course Certification from Nordic School of Public Health, Goteborg, USA; and John Hopkin’s Certification for the course Mathematical Statistics and Systematic Review and Meta-Analysis. He served as the Lead Biostatistician and National Investigatory for the first ever National Survey on Extent and Patterns of Substance Use in India, a commissioned study by the Ministry of Social Justice and Family Empowerment, Government of India. He has authored more than hundred peer review publications. He is the Editorial Board Member for Indian Journal of Nephrology, Tobacco and Regulatory Sciences and Frontiers in Public Health for the speciality Section Public Mental Health. He is also the reviewer for several national and international journals such as Indian Journal of Medical Research, Current Science, Substance Use and Misuse, BMC Genomics, Health. He is the Elected Member for the International Statistical Institute and International Society for Statistical Education. He is also the member of International Society for Clinical Biostatistics (ISCB) and has been recently selected as the Board Member for Education Subcommittee for ISCB.

Dr Siddharth Sarkar is currently working as Associate Professor at the National Drug Dependence Treatment Centre (NDDTC), All India Institute of Medical Sciences (AIIMS), New Delhi, India. He has been working in the field of addiction psychiatry and has authored more than hundred research papers in national and international journals. He has won several awards including the Young Psychiatrist Award of the Indian Psychiatric Society. His interests include genetics of addiction and physiological markers for substance use disorders. He has received funding for project on exploring barriers and facilitators of addiction treatment and on genetics of self-harm among substance use disorders. He has served in the editorial board of several journals in the field of psychiatry.

Dr Rachna Bhargava is currently working as an Additional Professor in Clinical Psychology, at National Drug Dependence Treatment Centre & Department of Psychiatry, AIIMS, New Delhi. Earlier she worked in the Department of Psychiatry, Government Medical College & Hospital (GMCH), Chandigarh as a faculty member for a decade (2003-2011), and served as a Psychology consultant in Child and adolescent Psychiatry Clinic at GMCH. She is involved in Child Guidance Clinic, Behavior Addiction Clinic & Adolescent Addiction Clinic at AIIMS. She is the recipient of several awards including the WHO Global Mental Health Scholar, Marfatia Award, GC Boral Award, VK Varma Award in national and zonal conferences. She is reviewer in several national and international journals and has several publications in peer reviewed national and international journals and books. Her areas of clinical and research work include child and adolescent mental health including drug use, behavioral addiction, psychological interventions, and disability.

Dr. Sumit Malhotra is presently working as Additional Professor at Centre for Community Medicine, AIIMS, Delhi. He is part of the Clinical Research Unit. He has been a trainer of several research methodology courses and published widely in community-based research. He has led health systems-based projects evaluating performance of national health initiatives at district and block levels. He is also the nodal person for Innovation and Learning Centre and strengthening implementation of comprehensive primary health care in aspirational district Mewat of Haryana. He is currently the nodal person for organizing training and workshops on Operational Research as part of the Department of Health Research Scheme for Human Resource Development. He has also designed, along with a team of personnel from the World Health Organization, a course on programme management for district and block-based programme managers involved in implementation of national health programmes. He is also currently part of AIIMS technical support unit on cause of death ascertainment through verbal autopsy systems and Anaemia Mukht Bharat at Centre for Community Medicine. He has contributed to several national public health programmes. As a faculty, he currently guides MD, PhD and MSc nursing students in public health, epidemiology and operational research projects.

Dr Ravindra Rao is presently working as Additional Professor, National Drug Dependence Treatment Centre, All India Institute of Medical Sciences, New Delhi. His areas of work includes substance use disorder. He in actively involved in clinical teaching. Dr Ravindra has completed his MD in Psychiatry from AIIMS, New Delhi. After his senior residency at AIIMS, he worked for three years in the National AIDS Control Organisation (NACO), Ministry of Health and Family Welfare, Government of India to manage the HIV prevention programmes for Injecting Drug Users. He then worked as a Technical Officer (Drugs and HIV) at United Nations Office on Drugs and Crime (UNODC), Regional Office for South Asia, before joining as a faculty in AIIMS. He has assisted in initiation and scale-up of Opioid Substitution Therapy in India as well as other South Asian countries, including Nepal, Bangladesh, and Maldives. He has also authored clinical practice guidelines for OST implementation as well as standard operating procedures. His interests are in the area of substance use disorder in particular, injecting drug use, harm reduction and community-based treatment programmes. He is also interested in public health related to mental health and substance use. Recently he has developed a website for conducting online certification course for medical professionals working in the area of substance use disorder (SUDs), individuals seeking treatment for SUDs, or anyone interested in learning more about substance use disorders in general and the treatment provided. He has to his credit more than hundred research articles (articles, technical reports, practice guidelines, book chapters).

Dr. Yogesh Sabde is presently working as senior scientist and in-charge Epidemiology Section of ICMR-National Institute for Research in Environmental Health (ICMR-NIREH), Bhopal which is a permanent institution of Indian Council of Medical Research. He is master’s in social and Preventive Medicine and worked as faculty and post graduate guide at Medical University for nine years. He has spent over 12 years in public health academics and research carrier and has presented his research findings at international conferences and published his findings in journals of international repute (total publications 46). He has developed special expertise in innovative application of geographic information system (GIS) in health systems research.

Dr Suresh Sharma is currently working as Professor, Department of Statistics Punjab University Chandigarh, India. He was also the Coordinator, Centre for Systems Biology and Bioinformatics from 2010 to June 2018. His areas of interest include Biostatistics, Ranking and Selection, Statistical Inference, Statistical Modeling, Bioinformatics and Statistical Genetics. Many projects like Public Health and Pollution Control in Asia (PAPA Project) in collaboration with Health Effects Institute (HEI), Boston, USA, National Environmental Health Profile, sanctioned by Ministry of Environment, Forest and climate change, India, Extent and Determinant of Cost of Acute Poisoning in Tri-city of Chandigarh-An Exploratory Study (ICMR, India) etc. have been taken by him. He is also working on six other projects with WHO (World health Organization) and ICMR (Indian Council of Medical Research) in collaboration with PGIMER and GMCH, Chandigarh, India. He has more than 120 Research Papers in National/International Journals of repute. He has attended and delivered talks in more than 35 International conferences abroad and delivered more than 650 Invited talks in India. He has written several chapters in books. Recently, he has written a book a book on Medical Statistics which has been launched by International Medical Olympiad, Greece. He is the recipient of several awards and honours such as – Best Research Award 2003 (AIIMS New Delhi, India); Jacob Wolfowitz Award 2003, USA; S.G. Gaur Award 2010, Best paper in Environmental Health; Anil Malhotra Award in 2018; Shiksha Rattan Award, 2011; Best Citizen of India Award, 2012; Visiting Professor, National Institute of Health (NIH), Bethesda, USA, April-August, 2015; Appointed Ambassador, Asian Council of Science Editors (ACSE), 2016; Advisor, International Medical Olympiad Association in Greece, Nov 2017; Best Paper Award: In the area of Meta-Analysis, Conference at BHU in Nov 2017; Appointed as Chief Statistician: Global Harmony Project (GHA), Sweden and Russia. He has recently developed two websites on Cancer PDF: A repository of cancer-associated peptidome found in human biofluids and Dis-Face (Developing full face from half face using the approaches of Bioinformatics approach?)

Dr Rajesh Sagar is currently working as Professor, Department of Psychiatry, AIIMS, New Delhi. He is MD from NIMHANS, Bangalore. He has received Certificate of Completion of Specialist Training (CCST) from Specialist Training Authority of the Medical Royal Colleges (UK) and General Medical Council, UK. Appointed as the Chairman of the Technical Committee on India-Australia Community Mental Health Development Project for Directorate General of Health Services, Ministry of Health & Family Welfare, Govt. of India, 2013-15. Currently, he is member, Central Mental Health Authority (CMHA), Govt. of India, however served as secretary of the same (2005-2018) and Honorary Advisor for mental health to Ministry of Health & Family Welfare. He has been an Expert/advisory member for several organizations including expert member of 5 various National Task forces on COVID by ICMR and of Ministry of Health & Family Welfare. He possesses many awards – Membership of National Academy of Medical Sciences and fellowship of International Medical Science Academy; Fellowship of Royal College of Physicians (Edinburgh, UK). He is Honorary Professor in department of Psychiatry, University of Melbourne, Australia & University of Leicester, UK. Chair, Mental health group of Global Burden of Disease-India; Received several awards and honours including Outstanding Researcher award as country’s Topmost researcher in psychology/mental health based on research output in SCOPUS. He has to his credit more than 500 research papers, chapters, books.